Over more than fifteen years, Rob Kipa-Williams has built an enviable reputation as a versatile and charismatic actor, able to draw on Maori (Ngati Maru and Ngati Raukawa tribal affiliations), Irish and Scottish heritage.

Rob’s early career saw him in a diversity of New Zealand TV productions, including Shortland Street, The Brokenwood Mysteries, Find Me A Maori Bride, Nothing Trivial and Korero Mai. Film credits included The Deadlands and Waru. His Trans-Tasman audience first took off during three seasons of 800 Words.

Rob’s Australasian following grew rapidly with his ground-breaking participation in the long running series Home and Away as Ari Parata, a Maori father figure seeking a better life in Australia. It was the first ever authentic portrayal of Maori culture and family life on Australian television, and was a hit with audiences.

He was also introduced to global audiences as D’Angelo in The Meg, and recently starred in Pearl in Paradise for the Hallmark Channel.

While back in New Zealand Rob has been able to pursue two other passions: horticulture and hauora - the Maori philosophy of health and wellbeing. He has launched a meditation app called HAAAA, in six Pacific languages, and is part owner of a farm that’s being converted to grow crops.

Now it’s back to his true calling, with an eye to both local and international opportunities. 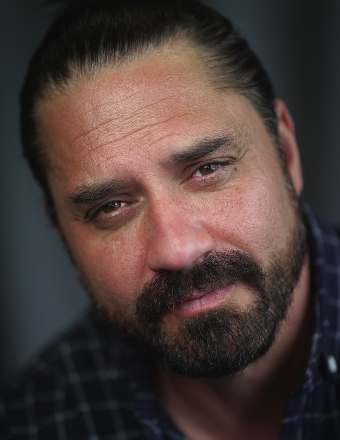 Love Has No Language