DONNA AKERSTEN MNZM Donna was born in Auckland and was educated in Pakuranga College and Auckland Teachers’ College where she completed training as a primary school teacher, later teaching at Owairoa School and Elm Park School in Auckland.

With a strong interest in theatre she started acting professionally in 1970, touring schools with the New Zealand Players Drama Quartet. This led to a change of career to one in theatre and film, with occasional periods of relief teaching in New Zealand and Australia.

Donna has worked with all the major theatre companies in New Zealand and for The Nimrod Theatre, J C Williamson, Q Theatre and the Adelaide Arts Festival in Australia. Among her favourite roles are Mary Mooney in Once A Catholic at Mercury, Carlotta in The Cherry Orchard at Downstage, Meg in The Birthday Party at Circa (Chapman Tripp Theatre Award for Best Supporting Actress) and Deborah in The Book Club for the Auckland Theatre Company (Audience Award for Best Actress). She last appeared at Fortune Theatre in the role of Honor in an ATC touring production of Honour. Donna has twice won the Wellington Critics’ Award for Best Actress.

She has had extensive television experience on boh sides of the Tasman. Principal in New Zealand, being lead roles in Country GP, Shortland Street, Jackson Wharf, Bread and Roses, Mirror Mirror and the German tele-feature The Mystery of the Opals.

Donna has also worked widely in Radio and voice presentations. She has extensive experience in all aspects of voice acting for radio dramas, as well as short stories and documentary narrations.

In 2002 she was awarded the MNZM for services to acting.

In addition to her acting, in 2007 Donna re-entered teaching in early childhood and in 2009 she started working as a relief teacher in the Primary Service in Wellington.

She is passionately interested in food, wine and cooking. She has over twentry years experience as senior partner in a boutique catering company, preparing menus and organising functions for its private, corporate and diplomatic clientele. It also had as one of its principal aims, to provide work for actors between engagements.

Her other interests include cats, serious gardening, fashion, reading and petanque. Donna is married to Wellington actor and food writer Gerald Bryan and they have a cat called Parker. 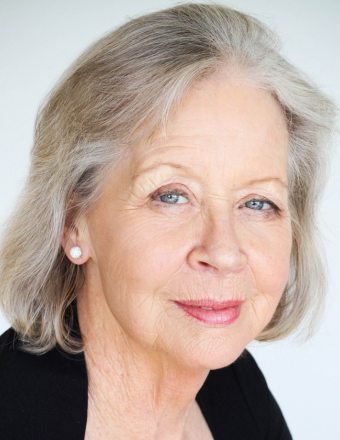 The Mystery of the Opals

A Shortcut to Happiness

When the Rain Stops Falling

Where are You My Only Love

The Breath of Life

Conversations After a Burial

The Importance of Being Ernest

Take a Chance on Me