"Because my career is all about human behaviour and interaction, it is for me an endless journey of discovery, fascination and enlightenment, a journey I hope to continue on until that 'other' big spotlight shows the way to another dimension."

George Henare was born in Gisborne in 1945, the third youngest in a family of ten children. He spent the first 12 years of his life on a sheep and cattle farm in the Whakaangiangi Valley, 15 Kilometres inland from Te Araroa on the East Coast of the North Island. He attended Gisborne Boys' High School and then Ardmore Teachers' College.

George became involved in theatre in his late teens after brief stints as a postie and trainee teacher. He abandoned his teaching career in 1965 after a successful audition with the New Zealand Opera Company where he sang chorus in productions as Porgy and Bess and Il Trovatore. George was extremely adept at "pulling faces" and getting noticed, so began to be offered small acting roles.

From 1965 George worked with the New Zealand Opera Company, the Māori Theatre Trust, Wellington's Downstage Theatre, Radio Drama and fledgling television, until joining Mercury Theatre, Auckland, in 1971 at the age of 25. Since then George has played dozens of parts, from Ratty, Dracula, Toad of Toad Hall, Snoopy to more serious characters such as Lear, Lenin and Caesar. His television and film work includes Rapa Nui, Crooked Earth, The Silent One, Once Were Warriors and Potiki's Memory Of Stone (written by Laureate Briar Grace- Smith). After Mercury's demise in 1992, George worked extensively in Australia with Melbourne Theatre Co, Sydney's Ensemble Theatre and Belvoir Street Theatre in Sydney, and toured with Jesus Christ Superstar, Phantom of the Opera and guested on many television series.

For the Auckland Theatre Company George has performed in Who Wants To Be 100? Goldie, Wind In The Willows, Cabaret and Into the Woods. Other highlights include the 2000 New Zealand International Festival of the Arts production of Haruru Mai and Purapurawhetu, which toured New Zealand and internationally.

George received an OBE in 1988 for his services to theatre; Best Theatrical Performance Award at The Entertainer of the Year Awards for his role in Jesus Christ Superstar; in 2000 he was named Best Actor at the 2000 TV Guide New Zealand Television Awards for Nga Tohu - Signatures; 1992 and 2001 George was named Talking Books Narrator of the year; and in 2006 he won a Chapman Tripp ‘Best Actor' Award for his portrayal of Willy Loman in Circa Theatre's Death of a Salesman. In 2008 George received Te Waka Toi, Te Tohu Toi Ke, Award for his outstanding contribution to Māori theatre and in 2009 he was the recipient of an Arts Foundation Laureate Award.

In 2010 George was awarded Best Actor for his role in the fantasy series Kaitangata Twitch written by Margaret Mahy and screened as a television series. George played the role of ‘a tormented soul' Lee Kaa . He was also awarded a CMNZ (Companion of the said Order of New Zealand) in the New Year's honours list. 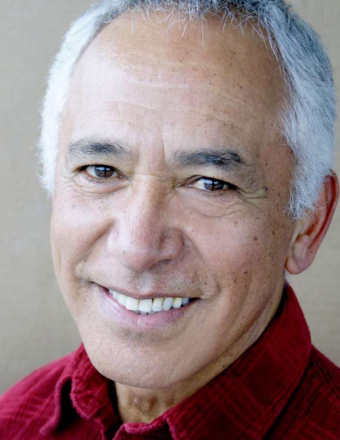 Nights In The Gardens of Spain

Front of the Box

Once Upon a Time Films

Tales of the South Seas

The King and I

The King of Siam

The King and I

The Hunt for the Pink and White Terraces

Royal NZ Foundation of the Blind

The Legend of Johnny Lingo

Once Upon A Time Films

Death and the Maiden

You Can Always Give Them Back

You Can Always Hand Them Back

Death of a Salesman

View from the Bridge

Death of a Salesman

The Goat or Who is Sylvia

Diary of a Madman

The Last of the Knucklmen

From Berlin to Broadway

The Duchess of Malfi

Joseph and the Amazing Technicolor Dreamcoa

The Taming of the Shrew

The Wizard of O

An Evening with Katherine Mansfield

The Owl and the Pussy Cat

Annie Get Your Gun

A Man for All Seasons

The Skin of our Teeth

You Never Can Tell

Prospect from the Park

Tiki and Things That Go Bump in the Night

Oh What a Lovely War